La Antigua, the third capital of Guatemala, translates as “Ancient Guatemala”and is well known for its Spanish architecture and old colonial churches.

My latest book, [ANCIENT], represents a collection of images captured on the streets of Antigua during a short visit in November of 2015.  You can download a free digital copy if you like here (includes about 50 images), or you can view any of the subset of images below in full resolution by clicking on them. 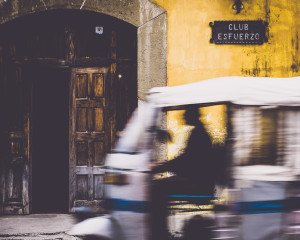 I spent a total of three days, four nights in la Antigua. It was one of the most beautiful and photogenic cities I’ve come across in my travels. Of course, I do possess a somewhat strange fascination with color and texture – something evident on almost every wall in the city.  The density of decaying, colorful walls in Antigua is almost overwhelming.

Reflecting on my visits to more than forty other countries, only Nepal and Vietnam offered a similar array of texture and color in such abundance.

Antigua is the sort of place where I can imagine an artist or painter spending a lifetime mastering his or her trade. 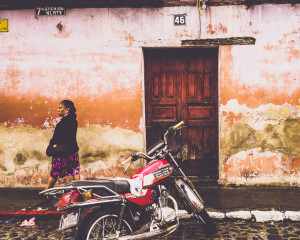 My visit to Antigua was part of what I had originally planned to be a twelve day trip to Guatemala. I started with only my flight (booked with a travel voucher and additional $23) and a one night hotel reservation for the first night in Guatemala City.  I found myself in Antigua very quickly, on the second day.  While I originally intended to only visit Guatemala, the remainder of the trip ended up encompassing a few days in both Honduras and El Salvador.

For a two week adventure like this, I packed only a light weight, hard-shell roller bag (Victorinox) and a low-profile camera bag (Think Tank Photo Retrospective 7). This allowed me to avoid checking any luggage and move around more easily. For a November visit, I needed to pack clothing to cover lounging at the beaches as well as hiking around the highlands (temperatures on both ends of the spectrum). 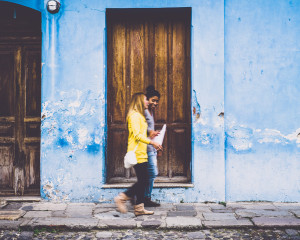 My camera bag included two small Fuji mirror-less camera bodies (X-T1, X-E2), a Fuji instant camera, and four lightweight prime lenses (16, 23, 35, 56mm). My carbon fiber MeFOTO Traveler tripod was packed away inside the carry on bag. With all the gear, airport security in Guatemala City was an adventure.

The city sits amidst three volcanoes – Agua, Fuego, and Acatenango, making it a wonderful place to view sunrises and sunsets either from a hotel rooftop terrace or from the grand view point at Cerro de la Cruz. I enjoyed both. 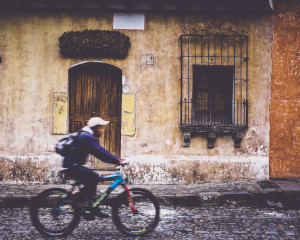 For a visit to Guatemala, Antigua is an easy same day connection direct from the airport in Guatemala City. It also makes an excellent base for day trips or overnight exploration around the country given the abundance of well equipped hotels, restaurants, and tour offices.

If you visit, I recommend a hotel there called Hotel La Casona de Antigua.

By American standards, travel in Guatemala as a whole is currently extremely good value…

(Guatemala’s currency the Quetzal, is valued at just more than ten cents at the moment).  Antigua seemed be a bit more expensive than other areas in the region, likely due to the large influence of tourism there. In my experience, a room at a four star boutique hotel with ample character cost about $50-60 (US), meals ranged from $5-15 (US) and drinks in the center were about the same as in the United States. Shared bus rides of more than a half day duration were only $25 (US). If you are traveling on a budget, there are plenty of hostels and budget hotels to significantly reduce your daily spend. 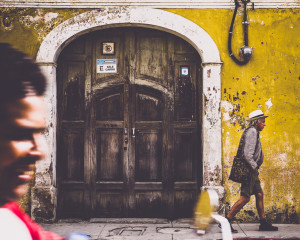 Even though it was relatively inexpensive, the largest mishap of my trip turned out to be running low on cash. With only about $40 (USD) left in my pocket, I spent the better part of an afternoon going from ATM to ATM trying to withdraw cash from a number of different cards, unsuccessfully.

I normally don’t carry much cash while traveling, but typically I stay in hotels that accept credit cards. As this is not always the case in Antigua, I quickly burned through my reserves.

In the end, I caught a $25 shuttle to El Tunco, Honduras with a couple of Canadian friends (Sarah and Stuzan) I met while hiking Volcán Pacaya. They assured me the ATMs in El Tunco would be no problem. 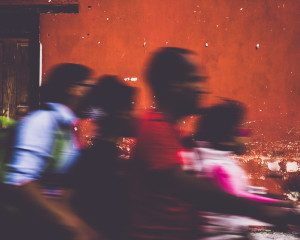 Antigua enjoys a location close enough to the Guatemala City airport to be convenient for tourism, but far enough from the big city that it remains more chill and a bit more safe.

I felt relatively safe for the most part.  However, the consistent advice I received from ex-pats, travelers, and hotel/restaurant staff was to avoid traveling alone after dark, take tuk tuks where possible, and keep two separate wallets – one to hide and one to give away in the event of a robbery. 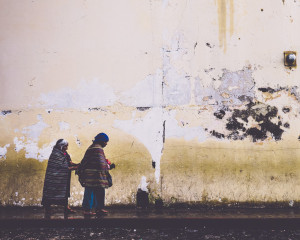 On multiple occasions, I took to the road solo, before and after dark, to save a few dollars or because of the inconvenience of tuk tuks at the time. While it wasn’t comfortable, I was lucky enough.

Don’t let the heightened awareness get you down. Even though I received more warnings during my visit here than I have anywhere else I’ve traveled, I’m not sure it was much different than many other destinations I’ve visited in Africa, Asia, and the Middle East.  Just take the usual precautions, be smart, and stay aware. 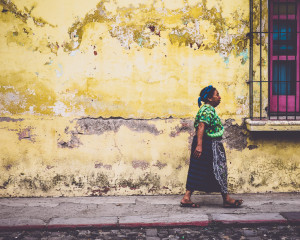 One of the brilliant things about visiting Antigua and Guatemala is that Guatemala is one of the few places where the majority of indigenous people continue to dress in their traditional clothing.

A quick trip to Lago de Atitlán (which can be done as an overnight journey or a single very long day trip from Antigua) will give you a real appreciation for the traje identifying features. As you visit the small towns or villages, you cannot help but notice the very distinctive colors and patterns worn by many of the local people you will encounter on the streets.

I used Trans-Land, one of the many tour operators offering transfers to the lake (trans-land.com). They provided a comfortable shuttle service for only $12 each way. 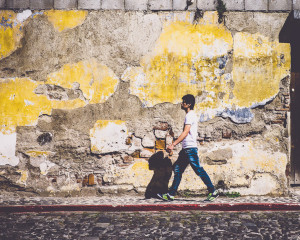 I’ll leave you with a list of a few places I wouldn’t mind spending a few more quetzales: